Alas, I have found that with other interests and obligations, I have not had time to update this blog. It is likely that I will not have time to do so for the foreseeable future. This being the case, I have decided to cease all operations on this blog. I had a great time on here sharing my thoughts on this blog and reading the blogs of others. It has been a fun ride.

Have a wonderful Sunday morning!

The following story reminds me of the Vietnam war movies "Platoon" and "Casualties of War" with a little splash of the recent Iraq war movie "In the Valley of Elah." The only difference is that this is real. People tend to forget what enduring war zones does to soldiers and civilians. Here is a reminder...

I will only say this, war is never JUST and is rarely ever necessary.

You know how on those cable news shows, when there is a panel of pundits discussing a certain topic, and one of the pundits says something racist without any acknowledgement of that fact from the others on the panel? Yeah, well that doesn't happen this time.

OOOOOOOH BURN!!! Republican strategist Jack Burkman get's called out not once, but twice for his racist comments during the discussion about the "uselessness" of the United States Postal Service. A white female Lawyer, Tamara Holder, and an older white male, former Republican Senator Alfonse D'Amato, both correctly identified Mr. Burkman's comments for what they truly were. The fact is that Burkman's comments, to quote Mr. D'Amato, were "Racist Bullshit!".

I've never seen racism (the subtle kind) called out on television like this before (with such forcefulness and clarity). The cherry on top for me is the fact that it is an old white guy that does the calling out in the most forceful tones. This gives me hope that when it comes to dealing with racism in America, there may be some hope for us after all (that's a huge may be). 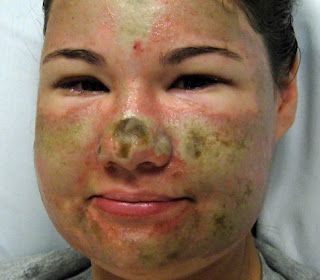 Remember this girl? Her name is Bethany Storro. She is the young woman whose face was burnt as a result of an acid attack. She claimed that a twenty something black woman with her hair tied in a pony tail was the one who threw acid at her face after saying "Hey pretty girl, do you want to drink this?"

These turn of events of course, drummed up a lot of sympathy for Bethany (she even was was to be interviewed by Oprah). That is until folks started to find some inconsistencies with her story. People started asking questions and she would suddenly be unreachable for comment (she even cancelled on Oprah). It turns out that Ms. Storro's story was inconstant because it wasn't true.

That's right folks, she made the whole thing up and like the backwards "B" chick she mutilated her own face and blamed it on a black person. *Sigh* Why is a black person always the assailant chosen when it comes to white women making up crimes against committed them? Why does it seem natural for people to assume that all black people are violent criminals waiting for an opportunity to attack white people? These are rhetorical questions, I already have my answers. I know how race in America works and I also know that things probably won't change significantly, any time soon. I just wish that situations where a white woman (because it is usually a white woman making these accusations) is caught in her lie, would be a lesson to America spurring us to have a more critical eye focused on these kinds of accusations. I'm a realist however, and I fully prepared for this, like a ninth page retraction to a front page declaration, to not even make a dent (the damage already being done). 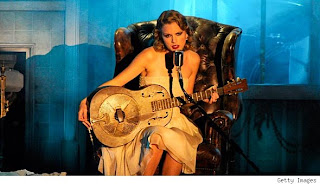 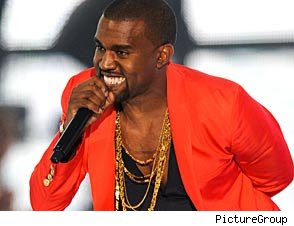 Let's have a toast for all the assholes and all the barefoot white girls that want to milk any sympathy that those assholes generated for them, until the last drop. I mean, it was an awards show stunt. These sort of things happen all the time. You didn't see puffy making subliminal references to ODB at the American Music Awards a year after Dirt McGirt stormed the stage during Diddy's acceptance speech to inform the audience that "Wu Tang is for the kids!" Yeah Ye was a jackass for doing it, but he did it and Swift still got her chance to finish her speech (thanks to Beyonce). In the words of Lord Voldemort (via twitter) "Dear Taylor Swift. He stole your microphone. It's been a year. Get over it. It's not like he broke up with you on the phone or something..."

I remember when I was in undergrad on a typical day that went bad. It was still morning and I was checking my e-mail in the computer lab.

I remember the chain e-mail around ten in the a.m stating there has been been a plane hijacking and there were hostages, so please pray for them.

I remember heading to my first class an hour later and being one of only five people there. The professor didn't even show up, something wrong was going on and we were not aware.

I remember a classmate walked in suggest that class was cancelled as a matter of course. She said that everyone was to stunned by the attacks in New York.

I remember rushing home to my dorm wondering what could have possible occurred to upset the norm.

I remember getting home to see my roommate glued to the T.V. The events on the box were so intense that he didn't even see me.

I remember one- no two planes hit one- no two buildings. I felt a rush of emotions but was too numb to be in touch with my feelings.

I remember it was like watching a movie with a familiar plot and then to our collective horror and shock the buildings dropped. All those citizens, firefighters, and cops. It was like time stopped.

I remember the screams, the tears, the dust, the bodies, the blood, and the fears. I knew this day have aftershocks that would knock us around for years.

I remember predicting how things were going to go about from here on out. This country would be determined to inflict and endure anything in order to regain its clout.

I remember when the culprits were being named. Foreign, Muslim, and brown was enough to get patriotic hearts inflamed. Nothing would ever be the same.

I remember my roommate and I likening these events to “The Siege”, but this time there was no Denzel Washington to help when the rights of a minority would be aggrieved. At that moment I thought about American born Japanese.

I remember being assured that we would be going to war in order to payback these attacks with devastation multiplied by four. But I didn't fully appreciate what was really in store for our young men and women doing tours.

I remember in the face of such pain no soothing words would avail. We would follow a path of force ans stay the course. Cooler heads would not prevail.

I remember the mistakes that were taken for granted, because granted, emotions were still raw. In seemingly quick succession there was a nearly unified expression, followed by projections, faulty connections, threats, and finally "Shock and Awe!"

I remember not truly the widespread and long lasting devastation that one day could cause. I remember us holding to flags and buzz words instead of addressing our flaws.

I remember lost freedoms, renditions, water boarding, terror alerts, two wars, and the rampant Islamophobia being troubling to me. Even in the era of Obama I remember that Osama is out there somewhere still hiding, still plotting, and still free.